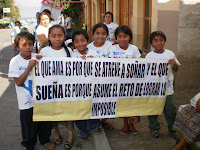 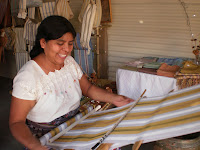 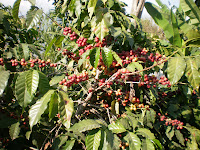 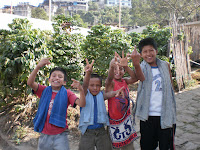 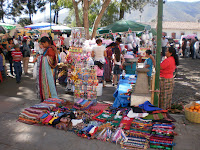 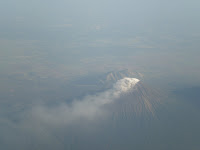 This year has been chock full of incidents, events, and accomplishments that define life lived at its’ fullest: travel, good & bad decisions, meeting new friends and hanging with old ones, the death of my companion, Sophie, spending time with my daughter, Anna in my hometown in Pennsylvania and in Mexico, and playing on the beach with my four year old grandson Avery, just to mention a few.

Travel is almost never a bad thing except maybe the quick, expensive trip to Japan my granddaughter Cooper and I took in August and deciding to live in Yelapa, a pueblo I started visiting almost 20 years ago. The latter was like deciding to move in with a lover after years of a good relationship based on courteous external behavior when suddenly you are faced with such unpleasantness that you wonder, ‘what the hell was I thinking? I’ll spare you the details.

I went to Oaxaca for El Dia de Muerte in October and after traveling through the Yucatan, Belize, and Guatemala by bus (sometimes Chicken buses) am now in Managua, Nicaragua at Hotel los Felipe, a sweet place with individual rooms surrounded by plants and even a small pool & wifi. I’m listening to Jingle Bell rock play in the house or establishment next door as I write. I’ll be here two days then head south and east to the Caribbean coast.

The city of Managua is a bit daunting. The locals continually tell me that it is not safe, that I need a guide-or at least a taxi to go just about anywhere. I’m not sure about that but it does seem to be the easiest way to get around, plus at 20 cordobas to the dollar it is pretty cheap transportation. My room has a TV, fan, bathroom with fresca shower and a comfortable bed for 12 dollars a night. I took the photo of the volcano I’ve attached from the airplane yesterday.

I liked the rural parts of Guatemala; the people were warm, friendly and fun. I danced with an old man (my age) in front of the evil saint, Maximon, and had many conversations with Mayan women, including Dorly, my Spanish teacher who was 22. The day of the dead experience in Oaxaca is what you make it but in my case it was one of the most moving in my life.

I’m a bit proud that I subdued my claustrophobia long enough to snorkel in Dos Ojos Cenotes (sinkhole) cave in Tulum, Mexico-two caves connected by small passageways so narrow my mask tube scraped on the side of the stalactite. My guide, Ricardo, was so skilled and fun that I forgot to be afraid. Then having the jones for snorkeling I joined some friends to snorkel the reef there and again in Caye Calker in Belize. I used a life jacket because I still haven’t mastered the art of blowing the water from my mask back into the water and tend to panic when it gets into my nose. But, hey, I’m out there. And of course, those of you who read my blog know I’m still alive after my trek up the Volcan Payaca.

I trooped through the Mayan ruins with friends I met along the way. Palenque and Chichen Itza in Mexico then Tikal in Guatemala spread out in the jungle where howler and spider monkeys yelled and frolicked above us. The structures were all as awesome and amazing as one would expect and then some. I marveled at the talented, intelligent folks left behind and-can’t even wrap my head around the life style they must have lived. I sat on a Mayan toilet, a series of rocks over a hole that dropped into a shelf of limestone that eventually led to a small creek or a man-made trough that carried water to the creek. An outhouse!

Looking at the bottomless cenote that royal virgins were thrown into made me wonder how it must be to be raised knowing you will be sacrificed. The winners of the ball games were also sacrificed. That would be an incentive to do less than your best, don’t you think? Dying, as we know from present day martyrs, just isn’t a big deal in many cultures.

In Guatemala I spent a week boning up on my Spanish. Dorly was interesting to talk to and we conversed about many subjects. That is what language is all about, isn’t it, conveying thoughts through words? I have a long way to go to be fluent but each day is better. San Pedro, Guatemala on Lago Atitlan is full of Evangelical Christians. I predict the demise of the Catholic Church here in Central America before too long-not enough rock music to attract the young. But, they’ve had a long run now, haven’t they and they weren’t all that nice in many respects. From what I’ve read and heard from folks, politics and religion do mix here- another scary idea in my mind.

I start 2010 in Costa Rica taking a course in ESL. My game plan is to be able to spend time in villages as a part of the community, instead of a tourist and I can’t think of a better way to do it than teach the children and even their parents if they want. I’m looking forward to spending time in South America and Mongolia plus taking time to get Irish Mongrel Child, the monologue I wrote, on the road.

As I travel I carry thoughts of you all in my heart. I wish you the very best of holidays, strength to endure when it’s necessary, and love to carry you along.

If you have Skype, (and everyone should) give me a call!